There is talk that the great weather may be returning for the start of September. It's certainly a damp, windy day on the hills today, but I thought I'd share this photo from earlier this week to whet the appetite for things to come. Looking South towards the main Cairngorms, just a perfect day. On a day like that it's easy to think the mountains are benign, but things can change so quickly that it's always important to be able to cope with whatever they throw at you. If you have no problems navigating when it's clear like this, but lose confidence when the cloud rolls in, then get in touch for some personal tuition. 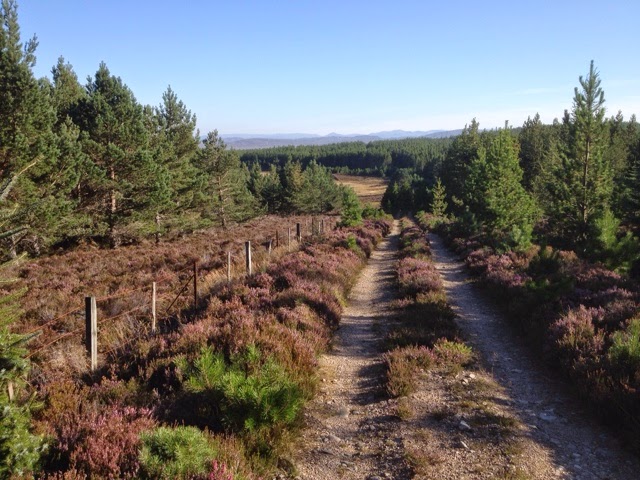 Quick route over the Cawdor moors on the bike today. For today at least summer had returned, a lovely warm day with lots of sunshine. These are very quiet hills, their loneliness and peace are quite beguiling, especially on a day like today. Great views north across the Moray Firth to Ben Wyvis and beyond. 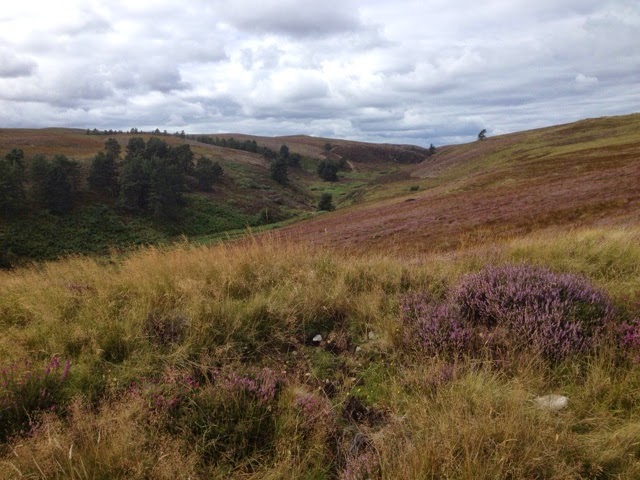 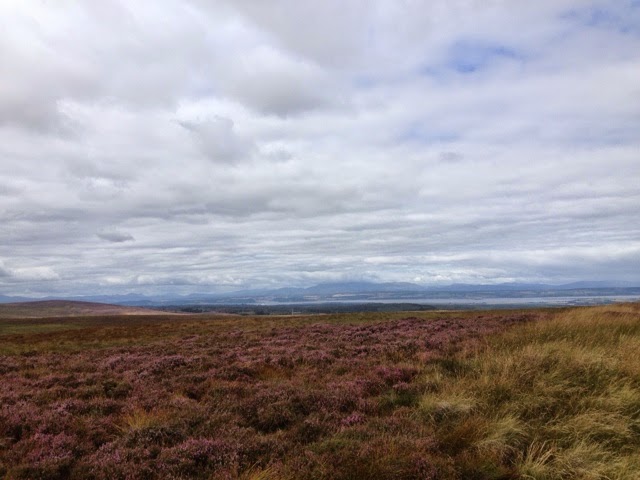 Dodging the showers at a run

Short run today up a lovely wee hill overlooking Lochindorb. This area is just outside the northern boundary of the Cairngorms National Park,and at first glance can seem a lot bleaker, but when the sun comes out it is big sky country with a great feeling of open space. Can be a good place to practice moorland style navigation too. Some atmospheric lighting across the Loch, with the ruined castle of the Wolf of Badenoch always adding that extra twist. 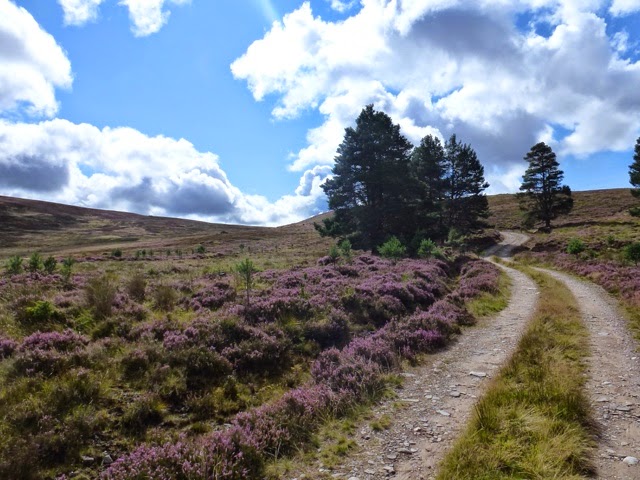 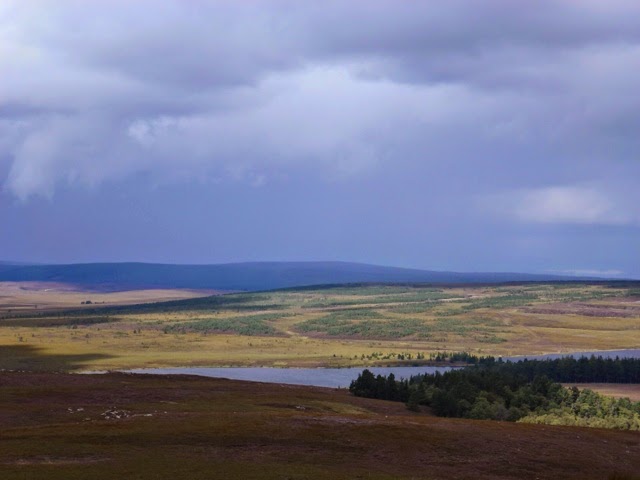 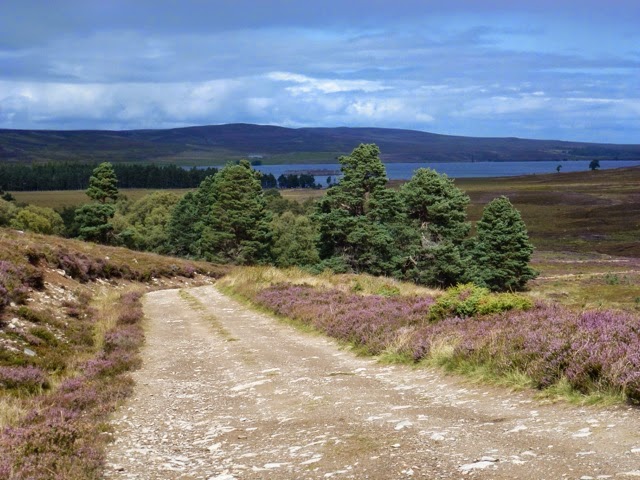 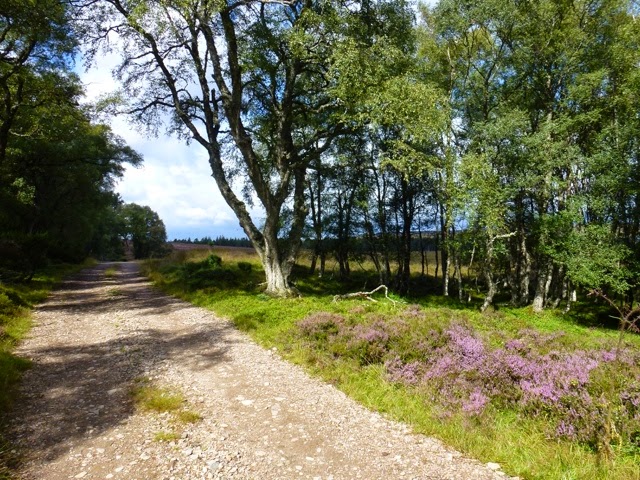 A drier day today, if rather grey and murky. Chilly for August too. We went for a wander up the Hills of Cromdale, just south of Grantown-on-Spey.  It must be said that they're not the most dramatic of hills, being typical rounded heathery domes, but they make up for this by lots of history, great open views and (at this time of year) fantastic purple heather. The route up from Cromdale takes one close to the site of the Battle of Cromdale, where a Jacobite army fought a Government force in 1690. 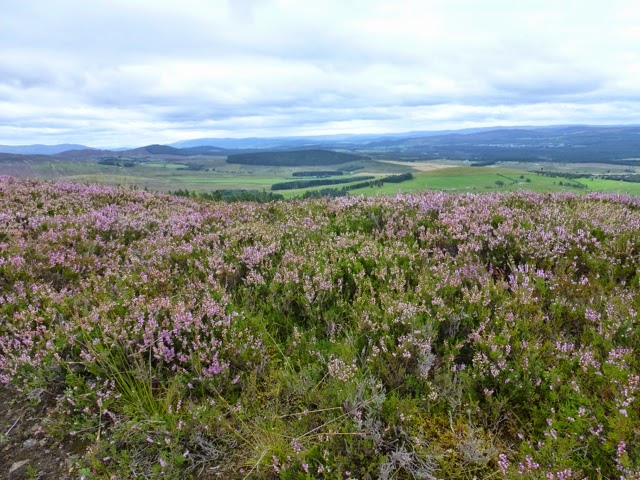 Up on the ridge there is an elaborate cairn built to commemorate the Coronation of King Edward VII in 1902.  The views from up here over Strathspey are great, even on a dull day, with waves of purple covered hills and forest rolling away to the horizon. 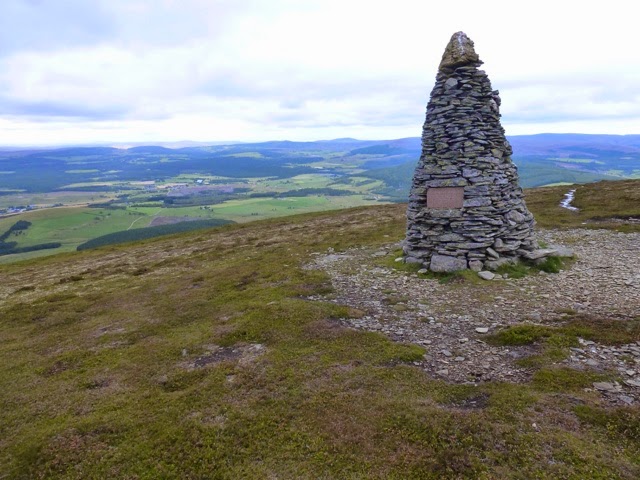 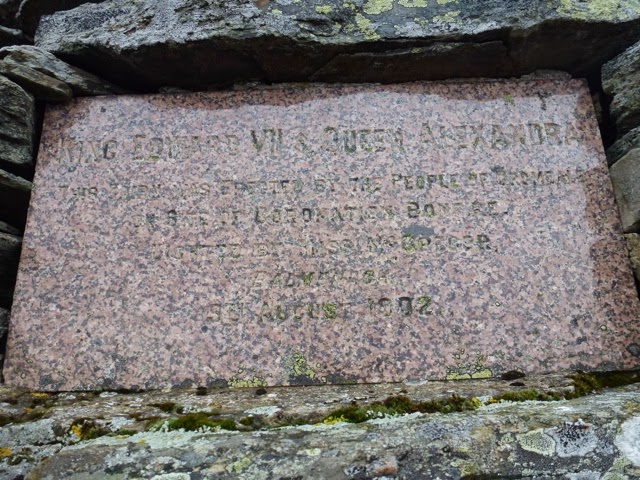 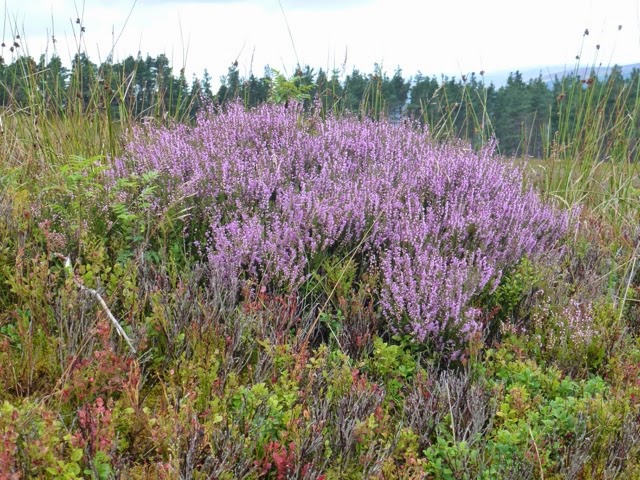 With heavy rain and gales forecast for the mountains, it was easy today to take the decision to try and find shelter in the trees of Culbin forest. This is a vast stretch of woodland, very unusual in that it partly composed of sand dunes, being slap bang on the Moray coast. It was a lovely potter through vibrant woodland rich in wildlife, but despite our best efforts got drenched to the skin. Oh well, you can't win them all. 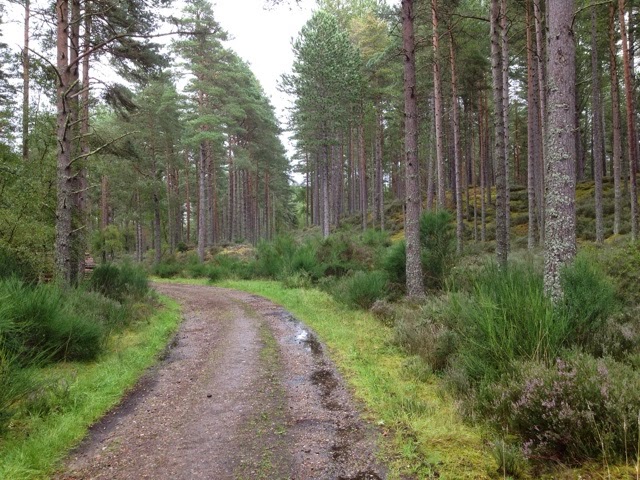 With the remnants of a hurricane forecast to sweep across the UK, today we were out nice and early for an enjoyable jaunt around the tracks and trails of Abernethy forest. The biking here is relaxed and easy, with plenty of time to enjoy the beauty. It's almost impossible not to spot wildlife here if you keep your eyes open, today brought red squirrels, several birds of prey and lots of deer bounding through the blaeberry. 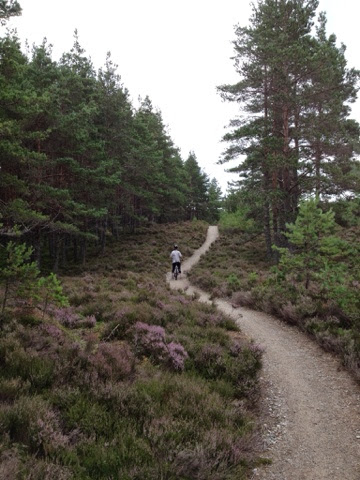 Great day out on the bike today at the Glenlivet mountain bike trails. I have not ridden these before, I did the red trail, which is 22km with 500m or so of ascent, and  lots of great flowing single track descent too of course! Raining all through the ride, but still glorious views, the hills have just started to turn purple and look magical. 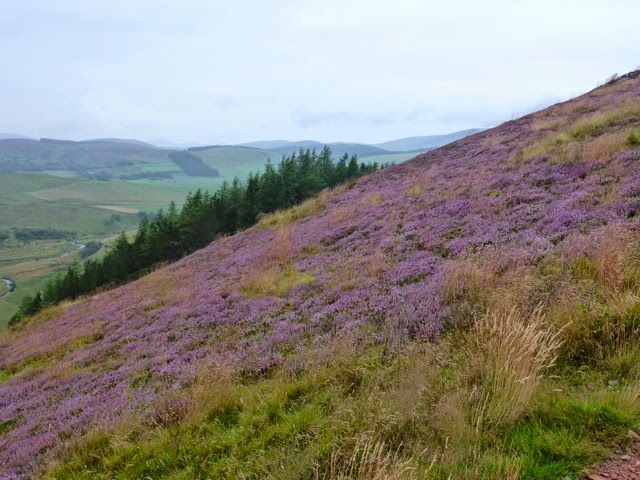 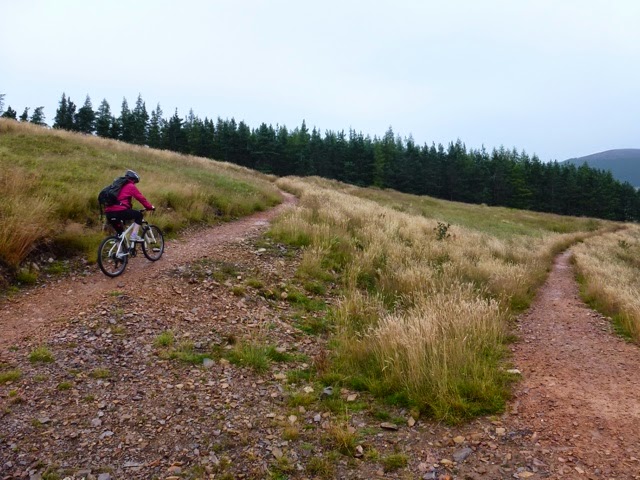