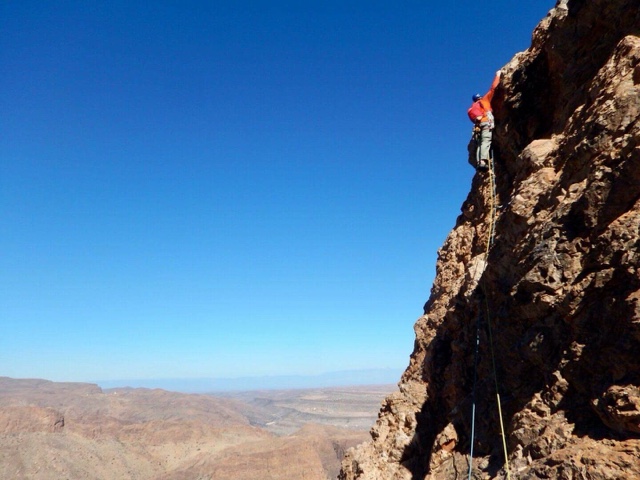 A change from winter, snow and ice for me over the last week, having been in the Anti-Atlas mountains in Morocco. These are a lower, drier range compared with the more famous High Atlas, and over the last twenty years have attracted an increasing number of rock climbers keen to escape the cold, wet European winters and climb dry rock in the sunshine. The majority of the exploration has been by British climbers, thus the predominating ethic is of traditionally-protected climbs, in contrast to the majority of "winter sun" destinations which are bolt protected sport climbs. This suits me just fine! We were based in the oasis town of Tafraout, which is a low-key, friendly, relaxed sort of place. During the week we had uninterrupted blue skies, with daytime temperatures of 15-20 degrees Centigrade.......perfect! We climbed on both the large mountain crags composed of quartzite, as well as the smaller granite crags closer to Tafroaut. Some highlights were the superb flake climbing on High Sierra VS 4c ***, a mountain adventure on the aptly-named Wild Country V Diff ***, and climbing a possible new route on slabs, cracks, chimneys and off-widths which we tentatively named "Wide Sierra" HS 4b. It's fair to say that we only scratched the very surface of what the area was offer. By the second day of the trip we were already discussing when we could come next----the sign of a great place!! 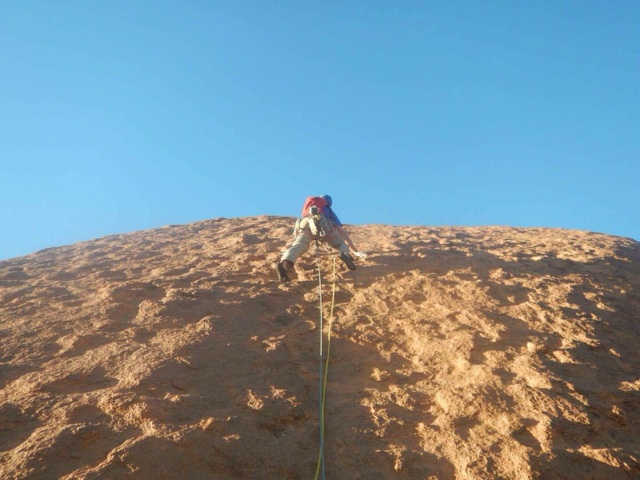 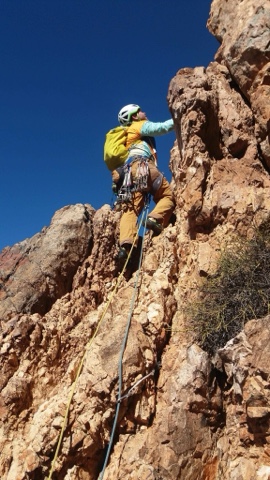 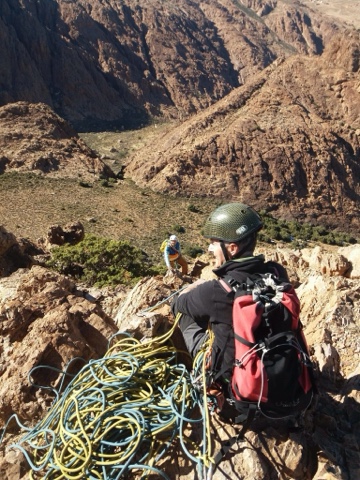 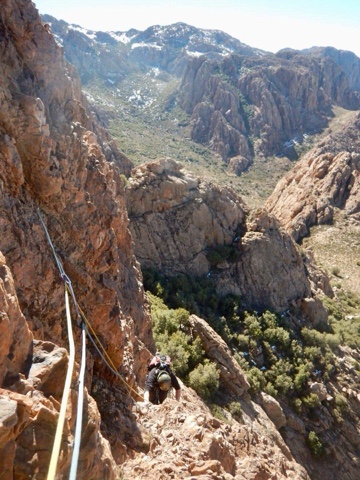 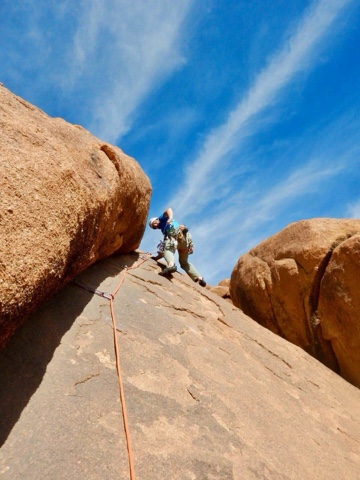 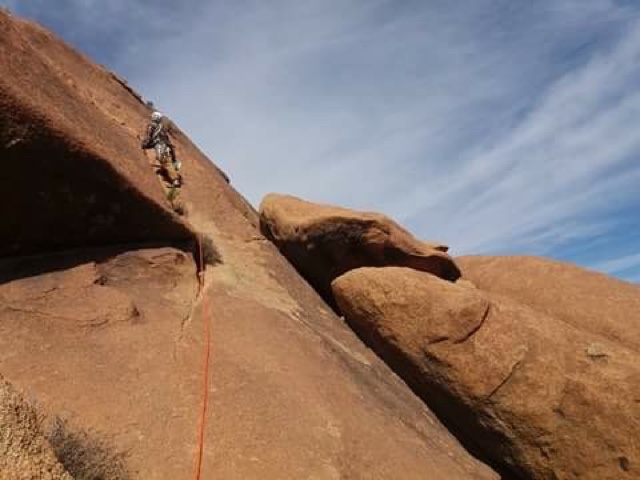 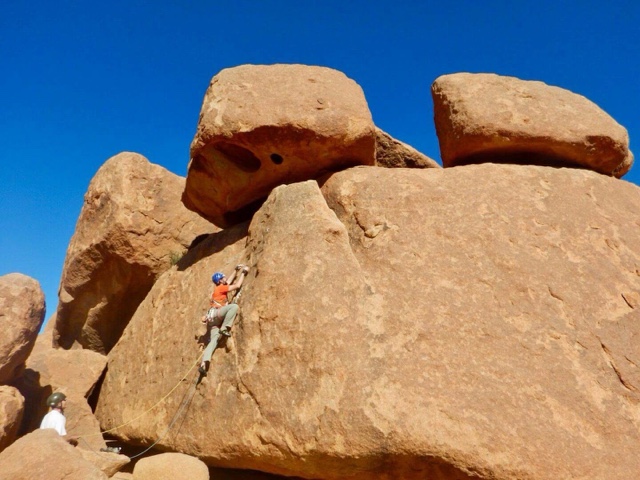 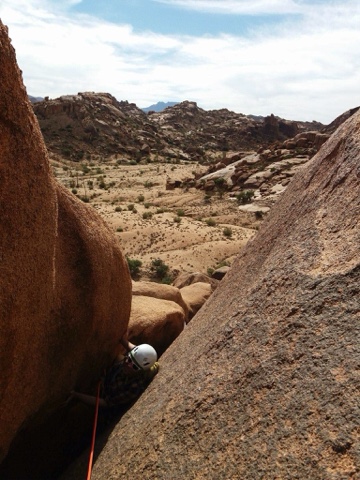 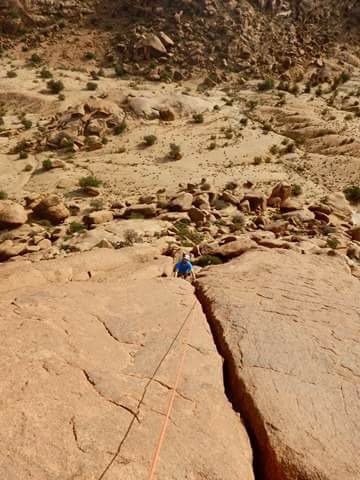 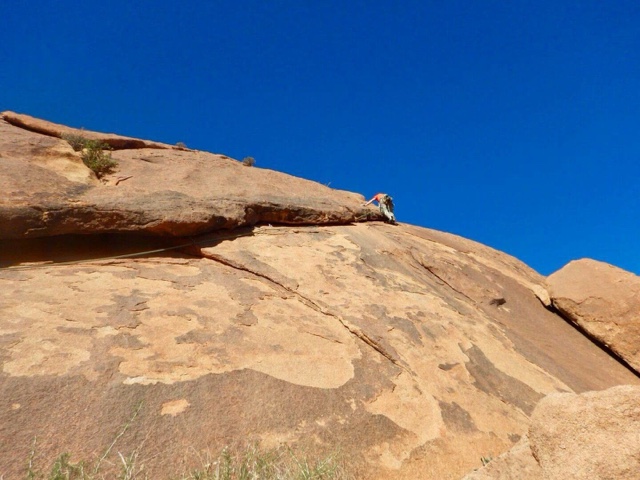 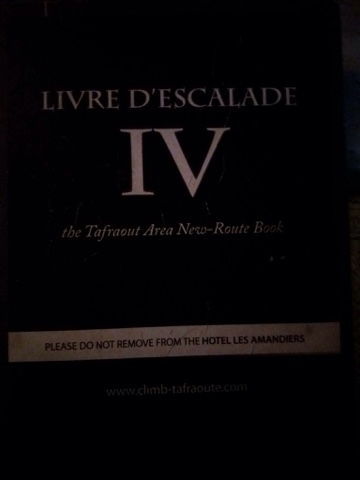 I have recently returned from an excellent, challenging holiday to the Italian Alps. Despite the largest snow-storm in 10 years, which disrupted travel and plans to begin with, we enjoyed some excellent snowshoeing, ice-climbing and ski-touring. Based near historic Aosta, we were able to visit many of the local areas, including the classic ice-climbing venue of Cogne, the lesser known icefalls of Valsaravenche and Valtournenche, as well as enjoying lovely snow at Pila and on the local classic snowshoe/ski Pointe de la Pierre. I have been visiting the Aosta Valley for over a decade know, and enjoy finding new places to explore. As a fully-qualified UIMLA International Mountain Leader (IML) I am well-placed to help you enjoy this and other areas of the Alps safely, whether trekking in summer, or snowshoeing in winter.