I was looking for something by way of a contrast today for Ros, after yesterday's excursion onto the high tops. We found it in a ten-mile meander through the forests and moors of the Abernethy Reserve. The berries are on the bushes, and Autumn is generally in the air, though the day warmed up to give a lovely afternoon. Stunning. 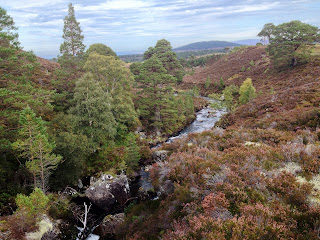 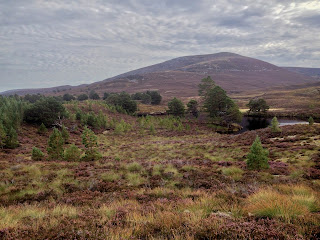 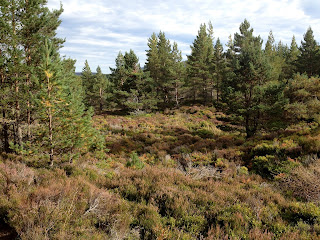 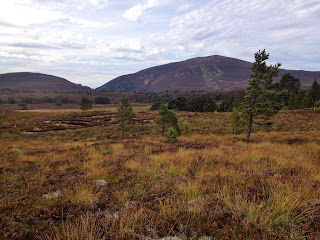 Up above the world

Looking at the mountain forecast last night, the only weather hazard mentioned was risk of sunburn---I can cope with that I thought! Indeed, it has been a beautiful day up in the high mountains, Ros and I were up above the world to the top of the Cairngorms on Beinn Macduibh, and then to some nooks and crannies of the plateau---including the best afternoon tea view in the world (??) Great fun showing others how wonderful these mountains are, and the sun is always a pleasure! 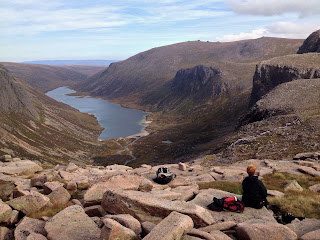 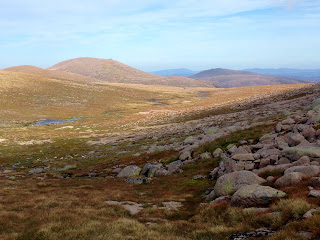 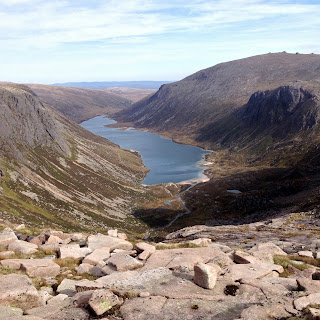 Second of five days out with Ros today, indulging her love of forests---and what forest we have here in Aviemore and the Cairngorms! We had a good tramp around various parts of Rothiemurchus including the lovely wee hill Ord Ban, Loch an Eilein and Loch Gamhna, stopping regularly to admire some fine specimens of Scots Pine, the cathedral-like quality of silence in the forest and the play of light across the purple heather and green pines. Next on the agenda is to experience the wide open space of the Cairngorm Plateau---watch this space! 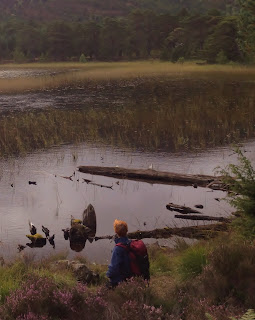 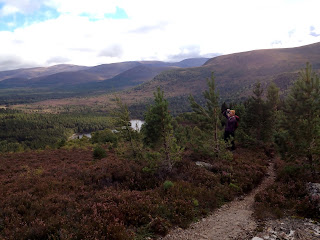 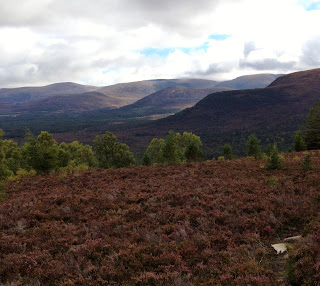 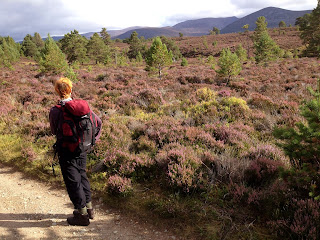 Out today with new client Ros, with a traverse over all of the Kincardine hills between Rothiemurchus and Strath Spey. The forecast improvement never arrived so we stared at the inside of a cloud all day! Still, we had fun and had an excuse to dry out with a warm drink at the Pine Marten Bar in Glenmore. No photos today due to the driech, here's some pictures from the Kincardine ridge on a brighter day! 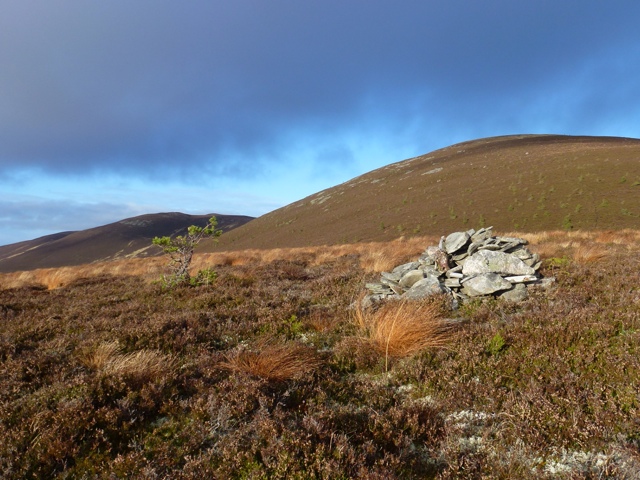 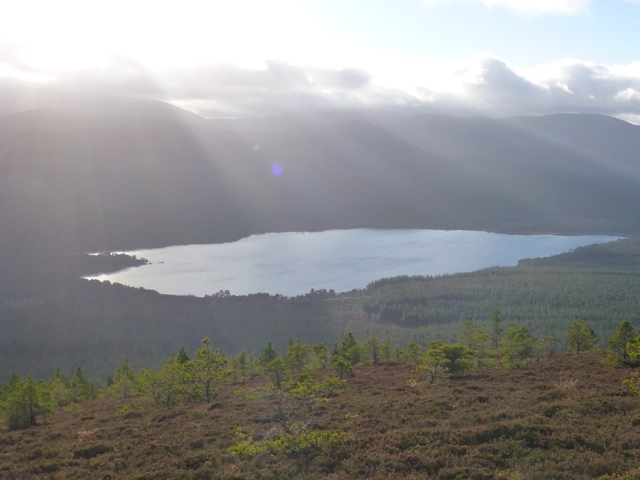 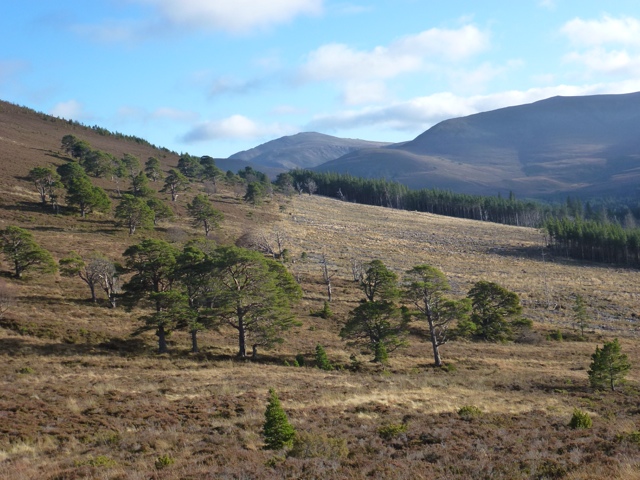 We are so lucky in Scotland to have some of the best mountain-biking in the world, in wonderful scenery. Indeed, top US magazine Outside voted Scotland "Best Biking Destination 2014", which is high praise indeed. I am thrilled to say that today I passed the assessment to become a British Cycling Mountain Bike Leader (Level 2), having shown skills in navigation, group management, personal riding, emergency procedures, trail side repairs and much more besides. I am really looking forward to showing On High Hills clients, old and new, what all the fuss is about. We will be offering mountain biking alongside our existing walking, guiding and skills courses in the future. Watch this space.......
Posted by Jonty Mills---On High Hills at 12:13 No comments:

Email ThisBlogThis!Share to TwitterShare to FacebookShare to Pinterest
Labels: Mountain-biking

Peak heather season right now in the Cairngorms, and it really has to be seen to be believed. Summer seems to have arrived (belatedly!), and today was just magical. I soaked it all in with a 50k mountain bike through the pines and moors. The colours are so eye catching you have to be careful not to lose concentration on the track in front of you---plenty of stops for looking required today! Glen Feshie was the highlight (as usual) with wave after wave of purple heather, and a lovely section of singletrack just snaking through it......rude not to. 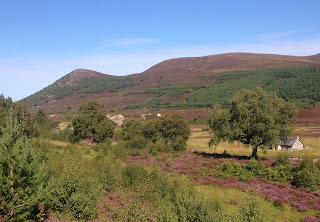 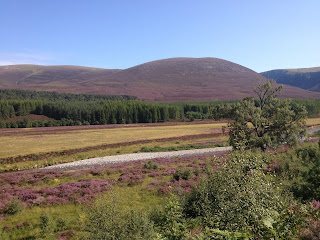 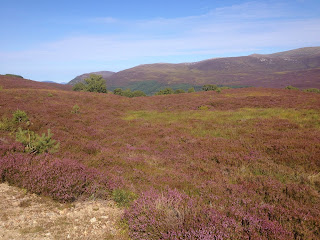 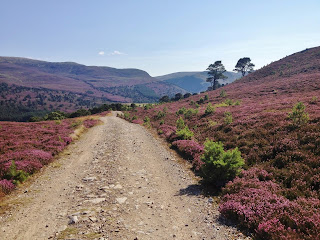 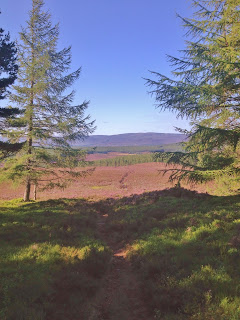 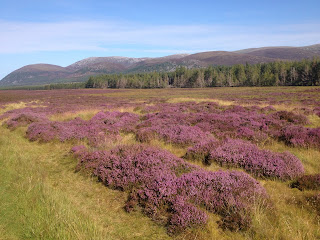 Jottnar are a relatively new, British, outdoor gear company, that currently produce a quite small range of high quality, technical outdoor gear. I have been really impressed with the several pieces of kit that I now have from them---one in particular really stands out...the Jottnar Alfar. Designed as a versatile mid layer, this is one of the first bits of outdoor clothing that I have got excited about in a long time. Instead of churning out the same stuff as other companies, Jottnar have really thought about this product, and it has obviously been designed by folk who have actually been out on the hill in all conditions! The core torso area is composed of slimline synthetic fill, very warm for such low bulk, the arms and hood are made from a windproof Powerstretch material....the hood is very well designed, acting almost as a balaclava, and is small enough to fit under helmets. Couple this with their posh Yak wool base layer and you're guaranteed to keep snug! Having now used their kit at work and play (and, no I am not sponsored by them!) throughout the year in the harsh conditions of Scotland, as well as further afield in the French alps, and on a remote glacial traverse in British Columbia's Coast Mountains I wouldn't hesitate to recommend their kit should you be looking for some new gear. 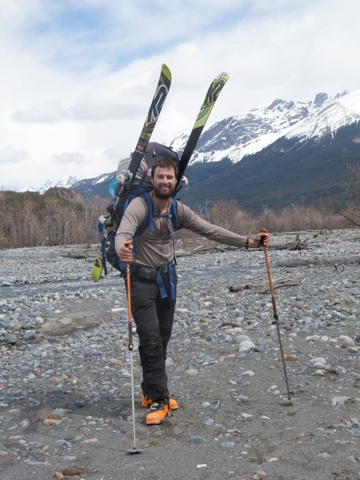 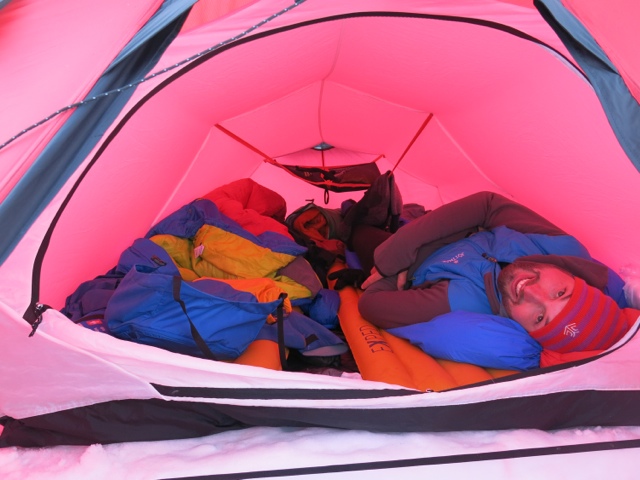 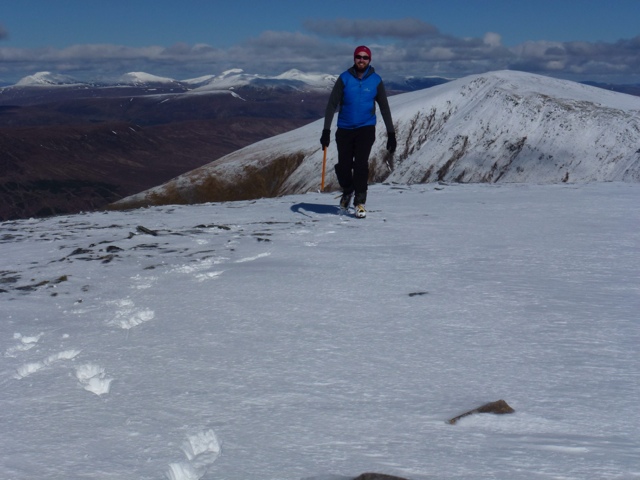